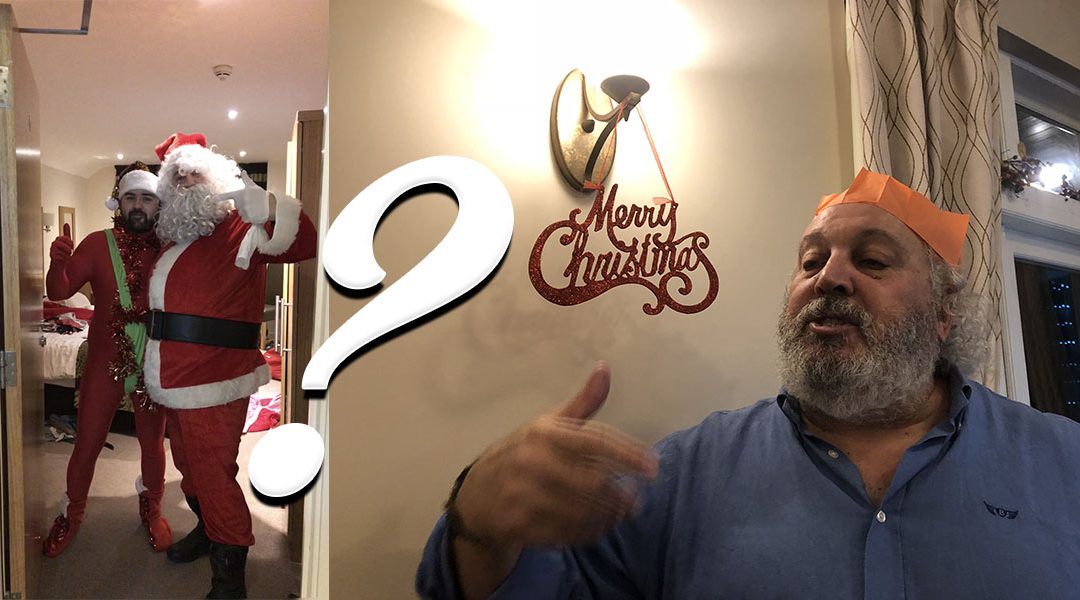 It was a week of confusion for many…

For those that know Don Altino the famous international traveller and very experienced professional youth worker  you will see a striking resemblace to the man on the left in red (the one with the white beard!). There was even a sweepstake bet going on they were actually the same person!

But here is where the confusion lies… on the night of the Christmas party we had a special visit from Father Christmas himself and Don Altino was seen actually seen sitting on his knee (Father Xmas was heard later on saying he’s getting to old for these shannanigans!)

Some say it was elf magic putting the two of them in the same room together! Needless to say our bookmaker would not pay out on the sweepstake as the fine print states all bets are void if Elf magic is used!